Microsoft and Amazon Partner Up on AI Software, Gluon

I Don’t Believe in Electrons

An Introduction to Central Limit Theorem

A New Baseline for Anomaly Detection in Graphs

How Can Data Analysis Be Key in Dealing with Today’s Bullwhip Effect in Supply Chain?

Expanding the Cannabis Consumer Base with Odourless Products

Microsoft and Amazon Partner Up on AI Software, Gluon

by admin
in Investing
7
0

Making $1 Million Salary as a Data Scientist or Quant 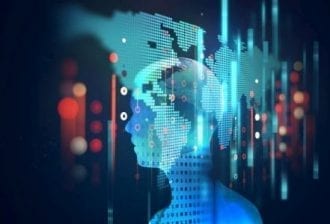 Gluon will make open-source artificial intelligence frameworks easier for developers to use the software.

Amazon (NASDAQ:AMZN) and Microsoft (NASDAQ:MSFT) have announced yet another partnership between them–this time in the artificial intelligence sector.
On October 12, the two companies stated they are teaming up on a new open source deep learning library called Gluon, which the company is working to allow developers of all skillsets to use artificial intelligence in the cloud, devices and mobile apps.
Currently, however, Gluon is only compatible with Apache MxNet–the AI infrastructure supported by Amazon Web Services–and that Microsoft’s Cognitive Toolkit will support it in an upcoming release.

Artificial Intelligence is used in technology across the globe. Should you invest in the market?

In short, Gluon will provide an easy programming interface that is simple and concise and is looking to make the specifications  accessible for other frameworks as well.
“The potential of machine learning can only be realized if it is accessible to all developers. Today’s reality is that building and training machine learning models requires a great deal of heavy lifting and specialized expertise,” Swami Sivasubramanian, VP of Amazon AI said in the release.
That being said, Amazon and Microsoft aren’t the only ones making these strides: Google’s parent company, Alphabet (NASDAQ:GOOGL) introduced TensorFlow in late 2015, which is also an open source library that uses data flow graphs. According to data from GitHub, a site that tracks open-source projects, TensorFlow is the fifth most popular in ranking by stars.
Still, the Amazon and Microsoft partnership on Gluon will certainly look to compete with existing software of its kind, including Apple’s (NASDAQ:AAPL) Core ML that helps developers implement AI into iOS-focused apps.
“We believe it is important for the industry to work together and pool resources to build technology that benefits the broader community,” Eric Boyd, corporate vice president of Microsoft AI and research said in the release. “This is why Microsoft has collaborated with AWS to create the Gluon interface and enable an open AI ecosystem where developers have freedom of choice. Machine learning has the ability to transform the way we work, interact and communicate. To make this happen we need to put the right tools in the right hands, and the Gluon interface is a step in this direction.”
Since Thursday’s announcement, shares of Amazon have increased a pinch by 0.54 percent to $1,006.34 at Monday’s close, while Microsoft’s have moved up by 0.69 percent to $77.65.
Don’t forget to follow us @INN_Technology for real-time news updates!
Securities Disclosure: I, Jocelyn Aspa, hold no direct investment interest in any company mentioned in this article.

Artificial Intelligence is used in technology across the globe. Should you invest in the market?

Making $1 Million Salary as a Data Scientist or Quant

A former sell-side and buy-side quant recently bemoaned in an op-ed on eFinancialCareers that his brethren rarely see the seven-figure pay...

Artificial intelligence is a branch of computer science that aims to create intelligent machines that teach themselves. Much of...

Samsung NEXT President David Eun discussed tech innovation, artificial intelligence and how Samsung is staying competitive at Collision. The...

Globalive  Technology (TSXV:LIVE) has announced a joint venture to build and commercialize software using artificial intelligence and blockchain. As...

By almost any measure, Google is the master of applied artificial intelligence. Research papers and conferences are replete with...

No Result
View All Result

I Don’t Believe in Electrons

No Result
View All Result